Historical records show over 80 different breweries existed in Bamberg at one time or another. Most of them are gone without trace, except for a line or two in some old musty city directory. Others live on in various collections of beer glasses, mugs, labels and beer mats. A few live on in their buildings, such as Brauerei zum Polarbär. Formerly located at Judenstraße 7 in the Bamberg Altstadt, today it is the home of the restaurant Bolero but you can see the name lives on -- literally on the building. 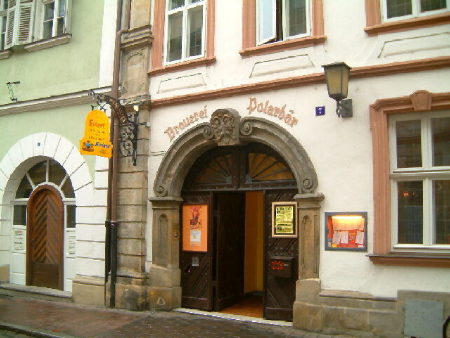 How the brewery got its name is a story all by itself. In 1676 a man named Pankraz Behr founded a brewery named "zum Schwartzen Adler" ("The Black Eagle) in this building . One Franconian nickname for Pankraz is "Pohla" (the" -la" being a diminutive) so he was known to his friends as "Pohla Behr." By 1732 the brewery was known as "zum Pohla Behr." By 1833 it had morphed into "zum Pola Bären." Finally in 1870 it was known as Brauerei zum Polarbär. (A side note: The normal German name for what we know as a polar bear is Eisbär -- Ice Bear. So the brewery name is a bit of a pun)

In 1918 the brewery expanded into the building next door at Judenstrasse 9. In 1928 this building was renovated and a sculpture of a polar bear was placed above the keystone of the arch 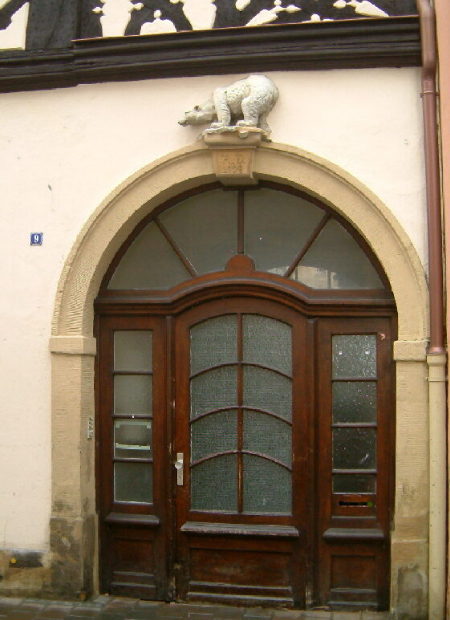 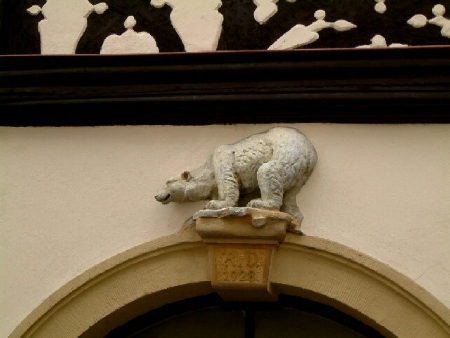 Their flagship beer was a rauchbier (and the brewery was known as a Rauchbier Brauerei), but I could not find information on other beers they brewed, if any.

The polar bear statue figured prominently in their advertising, as this ad from the 1930 Bamberger Jahrbuch (Yearbook) shows. If you can struggle thru the archaic German script, you can read a little about the history of the brewery in the ad. 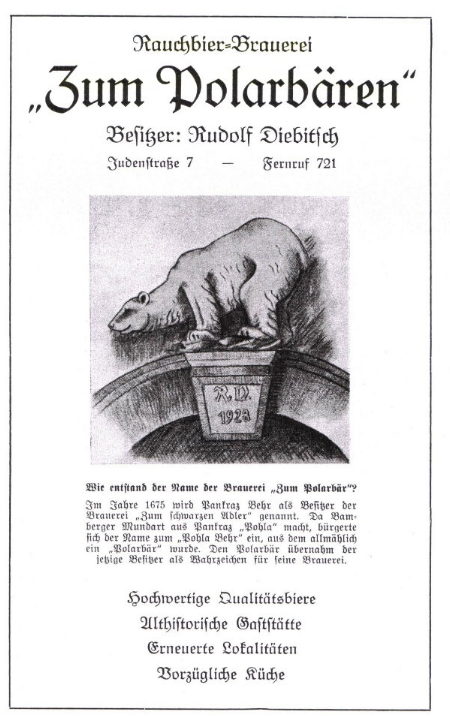 Now across the street at Judenstrasse 2 was another brewery, Brauerei zum Blauen Löwen (The Blue Lion). The brewery and building date from the mid 1600's. The building was extensively renovated in the early 80's to turn it into student housing for the growing University of Bamberg. The only sign of the former brewery is a small blue lion above one of the doorways. 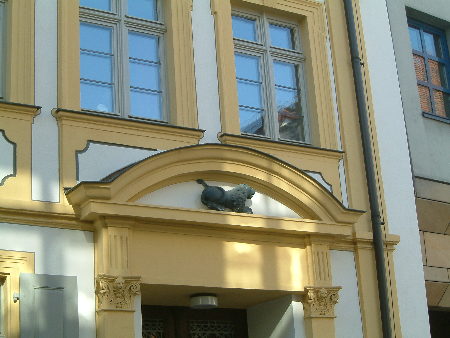 In 1897 the brewery need to expand so a new modern (for the time) steam driven brewery was built on the Stefansberg at Obere Stefansberg 40 and the brewery became known as Dampfbrauerei zum Blauen Löwen (Steam Brewery of the Blue Lion) The building at Judenstrasse 2 became the tap room.

In 1934 the two breweries merged, forming (naturally) Polarbär and Blau-Löwen Bräu. The building at Judenstrasse 2 was used mainly for storage. 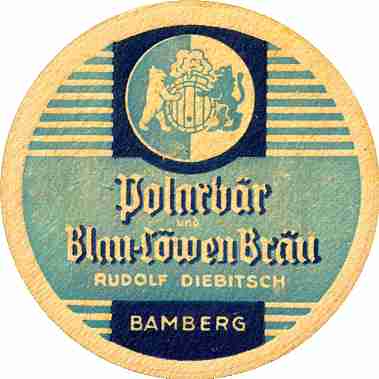 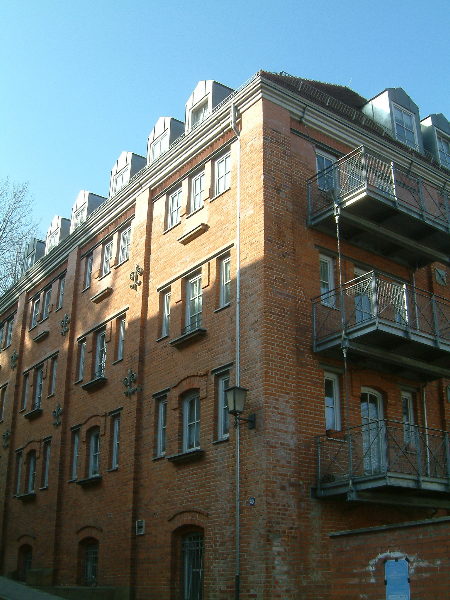